The association "Die Schaumburger Landschaft" maintains the project Spurensuche (trace search). This project aims to gather treasures as witnesses for culture and historical landuse (so called traces). Lots of honorary contributors are working to collect and document those traces. 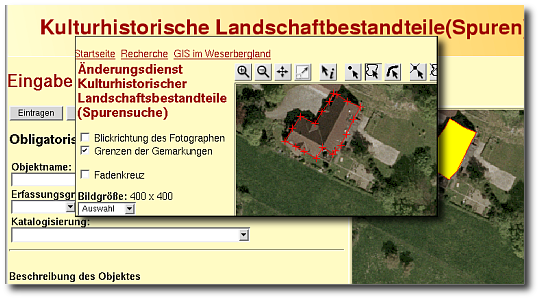 To simplify the task for the contributors Intevation GmbH has been charged by the local authority of Schaumburg to develop a web portal to enter traces as points or polygons. Additionally to geographic coordinates and descriptions the user can upload images which will be stored in the database. The plattform distinguishes between those people that entry and change the traces and editors who have to check the information and can decide to publish them.